What to expect when you're not expecting??

On Saturday my Mr and I took the time out to have a date night.  As it seems the longer that you are together as a couple the less effort you take to get out and simply enjoy each other’s company.
Although,the expectations and traditional formula of date nights have some how altered :s
We began this outing on a good note however, actually agreeing on the movie to go to.  As, over the passed years the simple task of hiring a DVD seems to turn into a battle of sexes resulting in a Mexican standoff in-store. Which ends in one of us ready to call it a night as either a war movie makes it to the counter or a light-hearted chick flick passes through the door.  I’m sure you can guess who’s holding what.  Or we simply end up with two and stay up until the late hours just to prove whose movie was actually better.  Over the years however I have dodged the chick flick bullet aiming for movies that are suited to us both.  As I would rather have a night in on my own with a wine and cheese platter than be tormented by the fire siren of complaints whirrrling in and out throughout entire duration of the movie.
So, I was pleasantly surprised that I didn’t have to put up a fight at all in our date night movie outing.  Of course options were investigated as I listened to the trailers being trawled online.  But the decision was a reciprocal one when Mr C emerged exclaiming “Rock of Ages is probably more of a home movie and you wouldn’t find it quite as funny”.   Ding ding – point scored – fabulous.
So we set off to see the 6.35pm screening - funny how I wouldn’t dream of going to anything later when once upon a time in my youth the movie was only dependant on how late it was, the later the better.
We also had a chuckle as we were lined up to get tickets as Mr C exclaimed “Cash only, do you have any cash on you” Lucky we are married and this wasn’t our first date.  I would be taking that as a strike 1.  Of course my $7.90 for jumbo popcorn and coke to share was evened later.  The date stakes were up with that beautiful Turkish dinner.
So I had been looking forward to seeing “What to expect when you’re expecting.”  No we are not putting in practise or pining for children.  The previews looked entertaining and it was a bit of a face your fears and all that jazz scenario.  I did have visions of the theatre being packed full of pregnant women, mums and dads all cooing “ahuh yes I get that” Time wise however I weighed up the options; thinking that I was pretty sure the mummas and papas had just surpassed witching hour and were most probably all at home.  Not to mention, if they too were relishing in a date night of their own, choosing a film that reminded and replicated parenthood on their one night off may not be the first preference opting for the old “we’ll watch that one when it comes out on DVD”.
So although I was a little wary of the content, I figured that after hearing from a twenty one year old colleague of mine that she embarked on viewing this flick with a “male friend” there could be nothing more daunting and embarrassing than that.
So as I was having a giggle at the fact that a Spanky Jones (the words of my husband) had seated himself next to Mr C and was gnawing at his chocolate derby ice-cream like a chipmunk on heat and proceeded to blow his honker in unison.  I did notice a few mothers and daughters in the theatre line up.  Pretty sure their objective was to scare the poor things for life.
So I am not going to give away all the details about the film.  However I was pleasantly surprised.  I had no idea I would remotely identify with any of the characters, let alone I never thought I would ever identify with any character played by JLO, but I did.  Not, down to the exact details only certain aspects.  In fact not only were there identifiable aspects for those who don’t have children there were a lot of characters that were uncannily relative and reflective of our friends themselves and their experiences.  Any lady friends of mine whom have had children, of course you were all the “magical pregnancy unicorns” ;) ;).  In fact we spent our dinner date afterwards quoting one-liners and having a good old giggle.
So of course the film had comedy, drama and sentimental twangs on the heart.  But over all we didn’t come out of the film feeling down and out by not being parents.  In fact although the little "what if’s" do linger I, we felt fine.  After all, the characters were all centred around couples in there late 30’s and older.  Except one couple made up of Chace Crawford, whom can make Crème Caramels .... for me anytime …  I’m just saying … sorry hun!.  And if we want to take this into reality the cast is largely made up of those that are childfree, career focused or newly parents themselves.
So if you are keen for a date night out I would definitely recommend this movie for a bit of comedic relief.  If it tugs too much on the heartstrings or simply just is not your thing at the very least head out for a date night.  Its amazing what good company, good food and bit of fun and laughter can do for the soul and your love life ;) 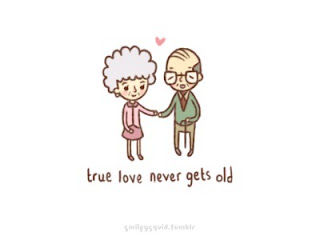